The League of American Bicyclists recognized UC Santa Cruz with a Silver Bicycle Friendly University award, joining 100 visionary colleges and universities from across the country. 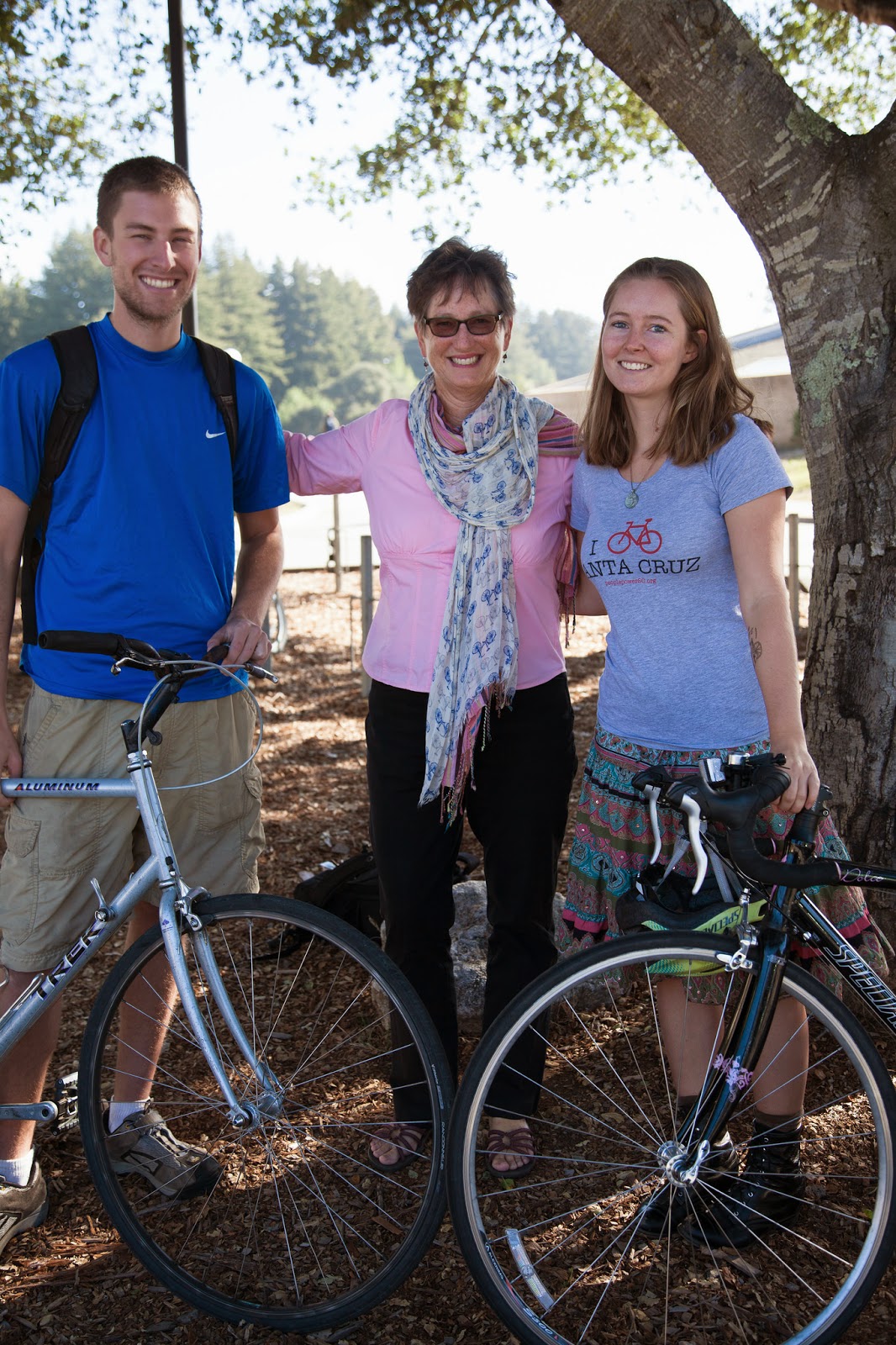 (Left to right) Robert Jones, a student bicycle commuter who also works with sustainability organizations on campus; Cathy Crowe, who manages transportation programs like the Bike Library, as well as permit sales for TAPS; and Melissa Ott, a recent UCSC graduate who actively supported bicycling as a student and now works in the Sustainability Office.

With the announcement of 33 new and renewing BFUs in 20 states, UC Santa Cruz joins a cutting-edge group of colleges and universities from across the United States transforming their campuses and the communities around them. There are now 100 BFUs in 37 states and Washington, D.C.

“Campus leaders are recognizing the immediate and long-term impact that a vibrant bike culture can create for their institutions,” said Andy Clarke, President of the League of American Bicyclists. “We applaud this new round of colleges and universities for investing in a more sustainable future for the country and a healthier lifestyle for their staff, students and surrounding communities.” 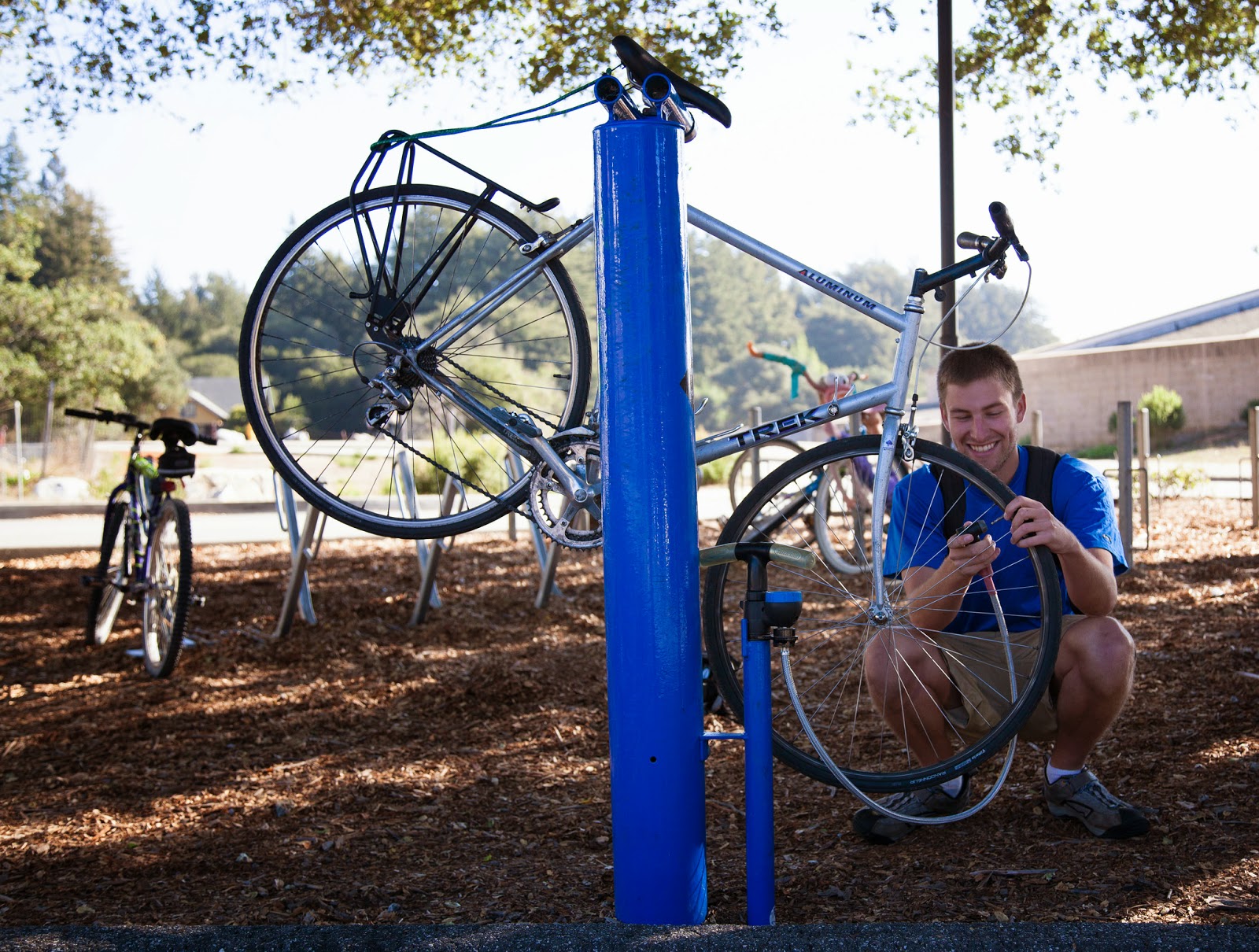 Robert Jones rides his bike to campus nearly every day for class. He also works for UCSC's PowerSave Campus and the UCSC Sustainability Office.

UC Santa Cruz encourages bicycling as an easy option for transportation and provides amenities such as free bike safety classes, bike maintenance clinics, bike fix-it stations, and bike licensing; a variety of bike parking options, including smart bike lockers; a bike lending library; a bike shuttle from two off-campus locations; and a zero-interest bike loan for academic and staff employees. The UCSC bike program also conducts a Bicycle Safety Campaign twice each year to educate cyclists about safe cycling techniques; helmets and bike lights are distributed free of charge to participants who don’t currently have them. 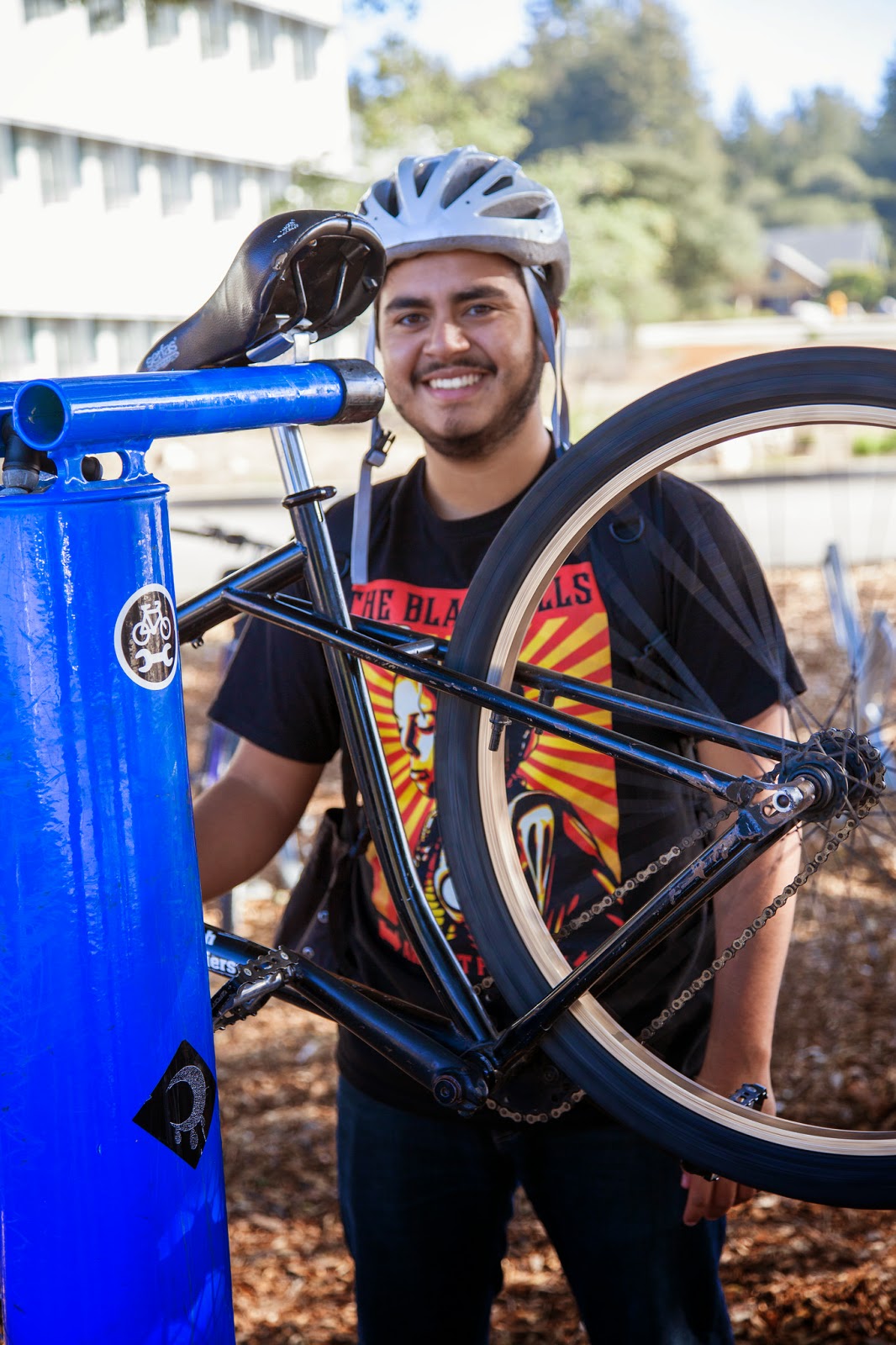 Jonny Zelaya was an intern with the Student Environmental Center's Transportation Campaign, which encourages sustainable transportation, including bicycling. He is now a Student Sustainability Advisor for College 8 and Oakes.

Students have been a driving force in the promotion of bicycles at UCSC, launching several successful programs such as the Bike Library, the Bike Co-op, the Bicycle Transit Planning Team, and a student Transportation Campaign. Melissa Ott, a recent graduate who was highly involved with bicycle advocacy efforts at UCSC, is excited about the Bicycle Friendly status. "I am so proud that the efforts of hardworking individuals and organizations at UCSC have been recognized with this award. I hope this helps inspire more students, staff, and faculty to hop on a bicycle and explore our campus on two wheels."

Ott, who now works in the UCSC Sustainability Office, acknowledges that the topography of the campus is a challenge. "It's not easy to convince people to bike up our hilly campus, but those of us who have made the trip up know that once you challenge yourself to do so, the rewarding views, endorphins, and sense of community that result are so worth the sweat!With this award, UC Santa Cruz will now have access to a variety of free tools and technical assistance from the League to become even more bicycle-friendly.

More information about UCSC’s bike program can be found online at http://taps.ucsc.edu/commute-options/bikes/index.html.
Posted by Christine Ongjoco at 11:50 AM